“One should not only photography things for what they are,” wrote Minor White, “but for what else they are.” Deeply spiritual, photographer Minor White was also a complex, sexually conflicted figure, constantly striving to visually depict something intangible.

The photographs in the J. Paul Getty Museum’s 1984 book, Minor White: Manifestations of the Spirit, are beautifully presented and include White’s major series, or ‘sequences,’ including ‘The Temptation of St Anthony is Mirrors,’ ‘The Young Man as Mystic,’ ‘The Sound of One Hand,’ and ‘Out of My Love for You I Will Try to Give You Back Yourself.’ The individual plates are rich in contrast and the images are visually arresting.

This book includes a biographical essay by Paul Martineau that covers White’s career and artistic progression in Portland, New York, San Francisco, Rochester and Boston. It also discusses his role as a teacher, and as the editor of Aperture magazine from its inception in 1952 through 1976, and his relationships with other photographers of that era, including Alfred Stieglitz, Edward Weston, Imogen Cunningham, Paul Brandt, Dorothea Lange and Ansel Adams. 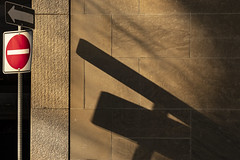